The George Miksch Sutton Avian Research Center was a central player in restoring the Bald Eagle to the southeastern United States during the 1980’s and 90’s. We raised and released 275 Bald eagles right on our campus in Bartlesville, Oklahoma!

What most people fail to realize, however, is that there are two populations of bald eagles in any given year. During the summer, Oklahoma is home to our “resident” birds, the Bald Eagles that call our state home year round. Their number is estimated in the few hundreds. However, during the winter — when the snow is upon the ground and outdoorsmen are out hunting white-tailed deer — is when our population of Bald Eagles triples. 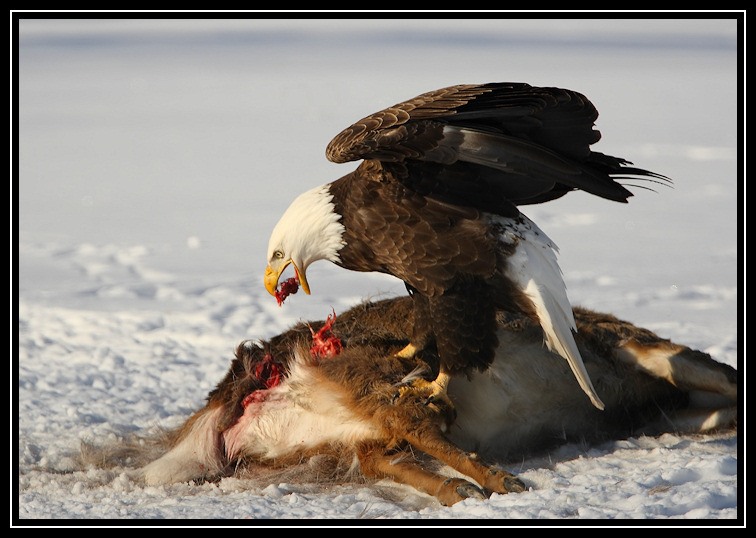 You see, every fall as the weather begins to cool in Canada and the Upper Midwest, Bald Eagles take flight and head to Oklahoma in search of unfrozen water and more abundant food. Due to this natural behavior our State sees a threefold increase in the number of Bald Eagles, which also means that they are in greater competition of one another to find the food resources they desperately need to survive the winter. Unfortunately for the eagles, scavenging on potentially lead-contaminated food sources (uncovered game carcasses, gut piles that hunters leave behind after field dressing game, or nuisance animals shot and left) can be deadly (click to find out more).