Neil Rettig and his partner Cal, a male Harpy Eagle, made special appearances at the Sam Noble Museum of Natural History, the Tulsa Historical Society, and area schools in January 2004. As a naturalist, conservationist and world-renowned cinematographer, Neil had a variety of experiences to share with the audience.
“Neil Rettig is considered to be one of the finest natural history filmmakers on the planet, and he is a recognized biologist, too,” said Steve Sherrod, the executive director of the Sutton Avian Research Center.

“In addition to making documentaries for Discovery, BBC, National Geographic and Disney, Neil has been the subject of a film by National Geographic on outstanding nature cinematographers.” Rettig’s work includes dozens of television specials on wildlife from raptors to primates.

He has filmed from the frozen Arctic to the hot and humid rainforests, and Rettig is currently finishing a project for BBC on the Mississippi River.

Neil Rettig spoke to over 7,000 Oklahoma students during his time in the state, as well as making additional public presentations at the Sam Noble Oklahoma Museum of Natural History in Norman and at the Tulsa Historical Society.
Rettig encourages students to dream and to pursue their dreams. He spoke to them of first seeing the Harpy Eagle in the Encyclopedia Britannica, including the facts that it was both rare and little known. He told his friend he was going to film that eagle.

Neil saved money from painting houses and other odd jobs, and he later headed to Guyana. He brought back the first detailed footage of Harpy Eagles nesting in the wild, including an egg hatching.

The ingenuity of constructing a blind 30 feet from the Harpy’s nest, 150 feet off the ground, and getting the photographs, initiated Rettig’s reputation of being the one to call to get difficult nature shots.

He was the director of photography for “Mountain Gorilla,” the first natural history film produced by Imax Systems Corp. for large-screen IMAX cinemas. During this production Rettig pioneered methods to move the camera vertically and horizontally to give the audience the best images of the rainforest canopy.

“We need to educate people, to stimulate people to do something,” Rettig said.

“In order for people to save something, they first have to be able to appreciate it,” said Steve Sherrod. “The work of people like Neil Rettig shows us these things by bringing them into our living room.”

Many of the areas Rettig has filmed are in third world countries with little in the way of conservation efforts. This lack of environmental policy has resulted in the destruction of many habitats he has filmed through the years. “There are areas of the Philippines where we filmed that were forest at the time, but were clear-cut a year later,” he said. “And such habitat destruction is happening all over the world.” Rettig filming murresevent invitation 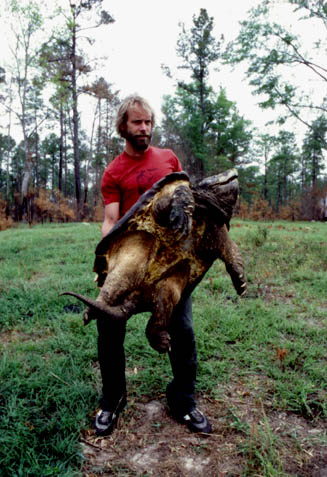 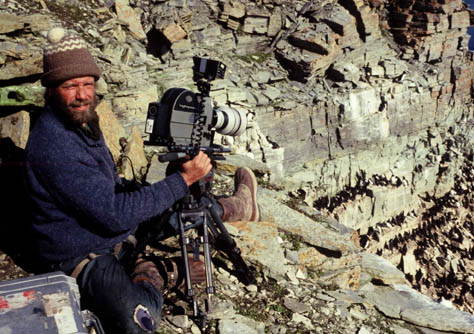 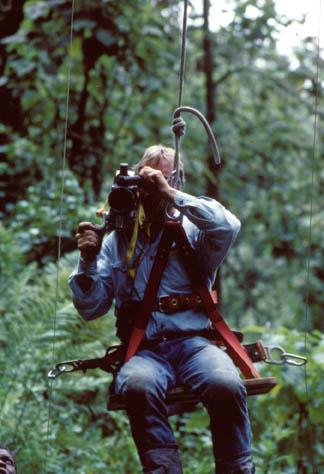 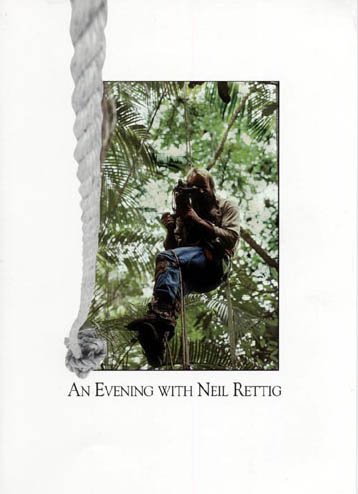 The cover of an event invitation 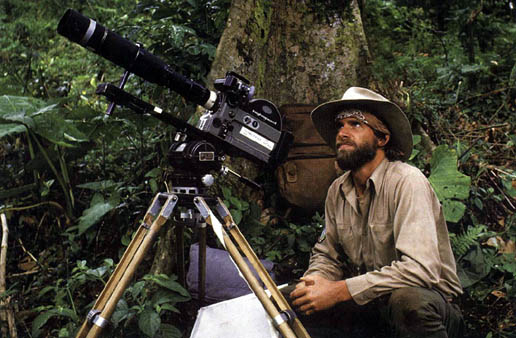 Neil filming in the rain forest 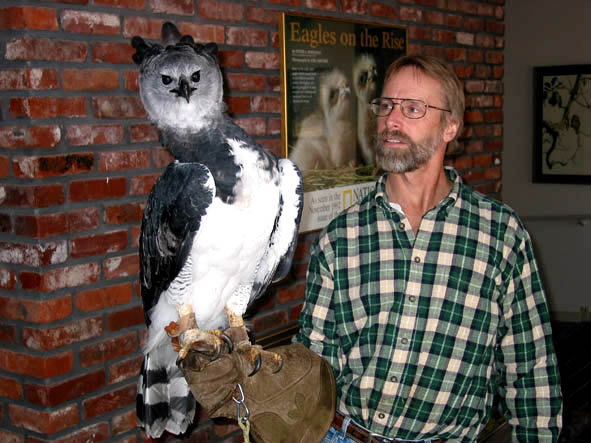 Neil Rettig with the large, majestic, and powerful Harpy Eagle